Before her appointment as USPTO Director, she worked as an intellectual property litigating attorney for 25 years with a litigation powerhouse in California, Winston & Strawn, where she was a partner.

I look forward to seeing a fellow University of Pennsylvania alumna succeed at the helm of a very important government agency. 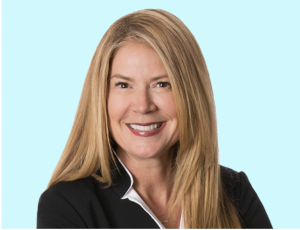 More from the AskPat® Blog

Only Humans, not machines, can be inventors of patents in the US

Thaler claims to own an artificial intelligence “AI” software system named DABUS, which is an acronym for “Device for the Autonomous Bootstrapping of Unified Sentience”.  Thaler further claims that DABUS conceived of two patentable inventions, one for a fractal-shaped...

Starting Tuesday, June 7, 2022, the US Patent and Trademark Office will begin issuing only electronic trademark registration certificates, accessible through the website https://tsdr.uspto.gov/.  Trademark owners will have the option to request paper “presentation”...

In January 2013, I had the privilege of being in the room with greatness.  My husband, Tony, and I attended the Kenner Lecture on Cultural Understanding and Tolerance at Lehigh University.  In an informal question and answer format, former Secretary of State Madeleine...